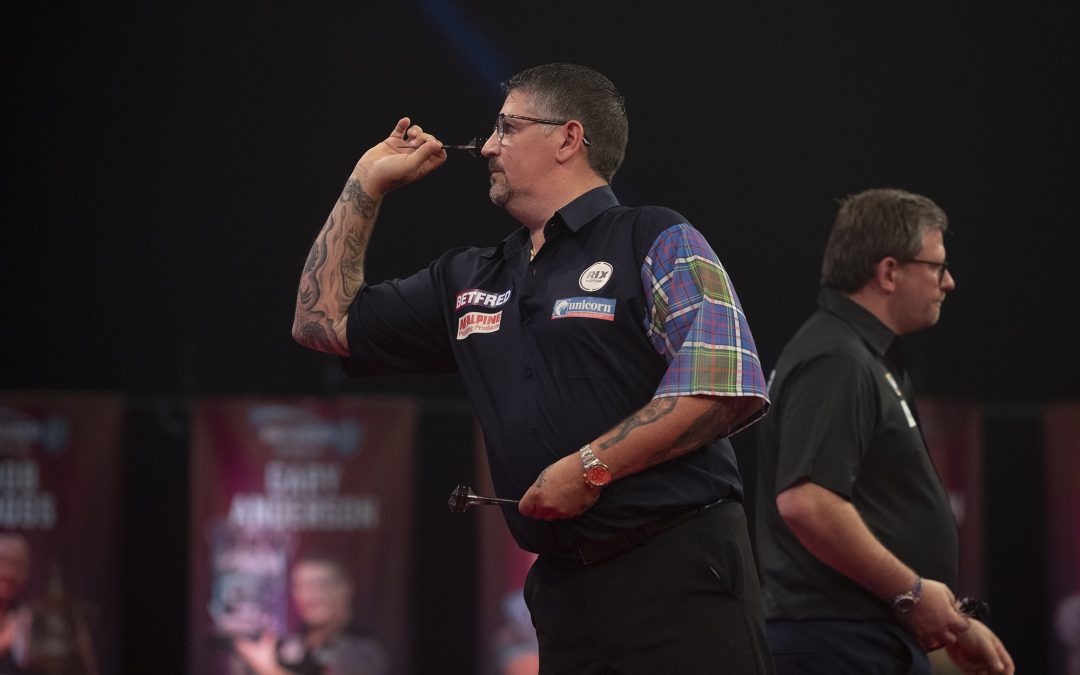 Gary Anderson sailed into the quarter-finals of the 2020 World Matchplay as he defeated fellow former champion James Wade on Tuesday evening.

Following an under par performance against Justin Pipe on opening night, Anderson would’ve known that improvement was a must. He was slow out of the blocks in the opening session, allowing the experienced Wade too much room for manoeuvre.

‘The Flying Scotsman’ emerged from the break re-energised, twice going six darts into the perfect leg. Reinvigorated scoring from Anderson dragged into a 5-3 lead and gain control of proceedings.

The trebles continued to tumble as Anderson’s lead was stretched to 9-5 with Wade unable to find that extra gear. With eight 180’s in the maximum column for Anderson, Wade began to turn the screw reducing the deficit to two legs.

But Anderson would finally get the job done without entering extra time, setting up a possible tie with Michael van Gerwen in the quarter-finals on Thursday night. 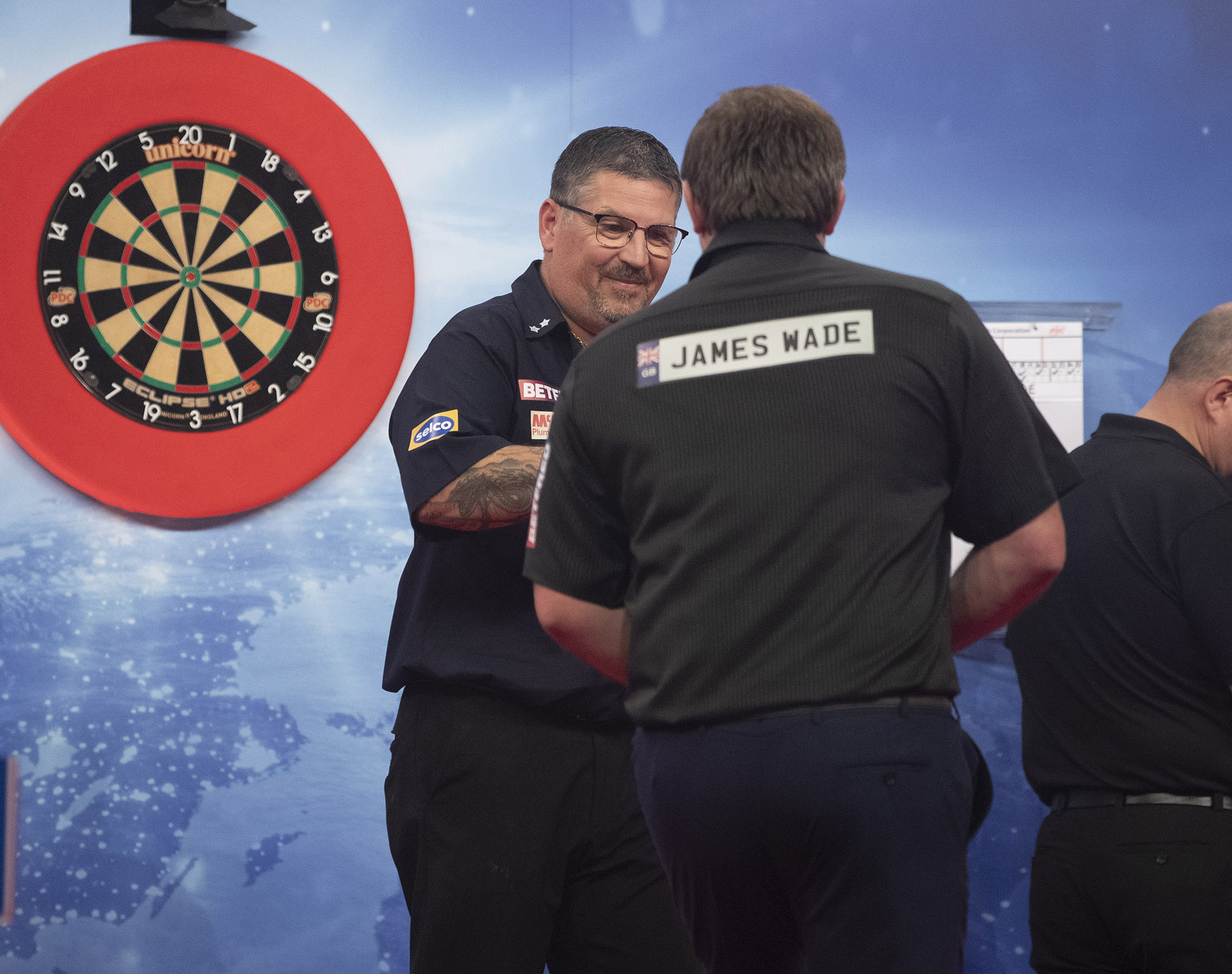