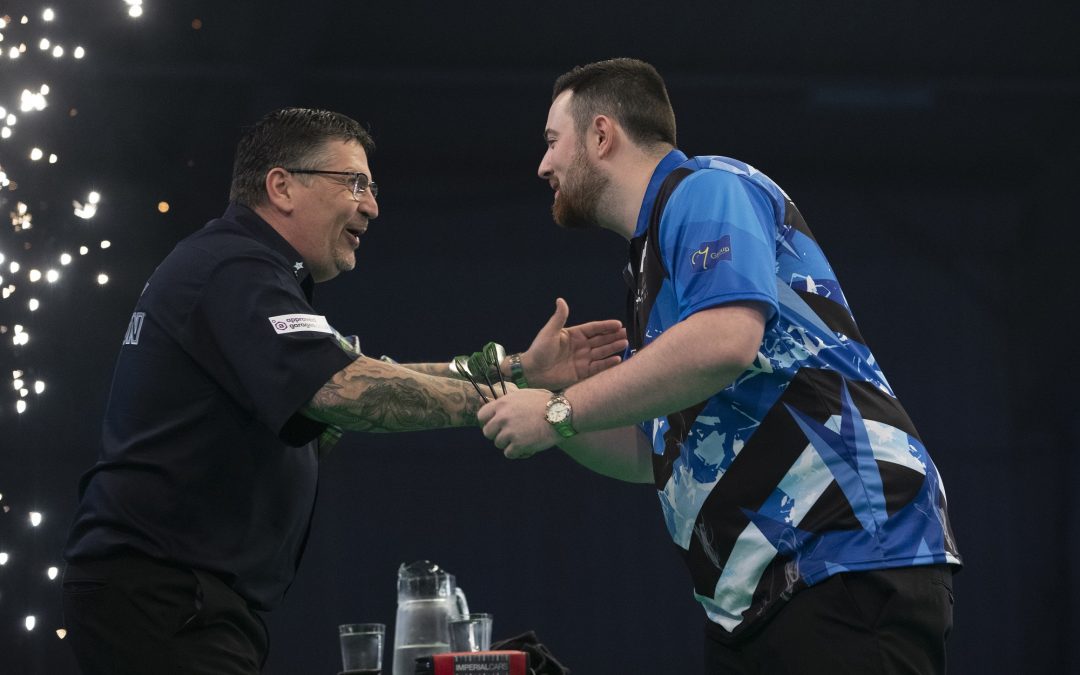 Humphries started the quicker, racing into an early 2-0 advantage with Anderson failed to get his scoring game going. Despite seven attempts at double in the third leg of the match, Humphries could not take advantage of the sloppy doubling from the Scot as the deficit was halved.

An 88 checkout from Anderson pulled him level before he edged his nose ahead for the first time in the match on tops for three legs on the spin. Parity would be restored as ‘Cool Hand Luke’ cleaned up on 65 to keep himself in contention.

Anderson would notch up a 4-3 advantage as the finish line entered the picture, but a poor eighth leg of the match allowed Humphries breathing room aplenty as the drew level once again.

‘The Flying Scotsman’ would nail double 14 for the second time in the match, immediately piling the pressure back onto the contenders shoulders. But the two-time World Championship quarter-finalist could deal with the pressure, taking out a tops-tops checkout for a level game once again.

Anderson would miss three at double to retake the lead as Humphries went within one of victory, and history would be made as he took out double one to seal the 7-5 victory at the WestPoint Arena.