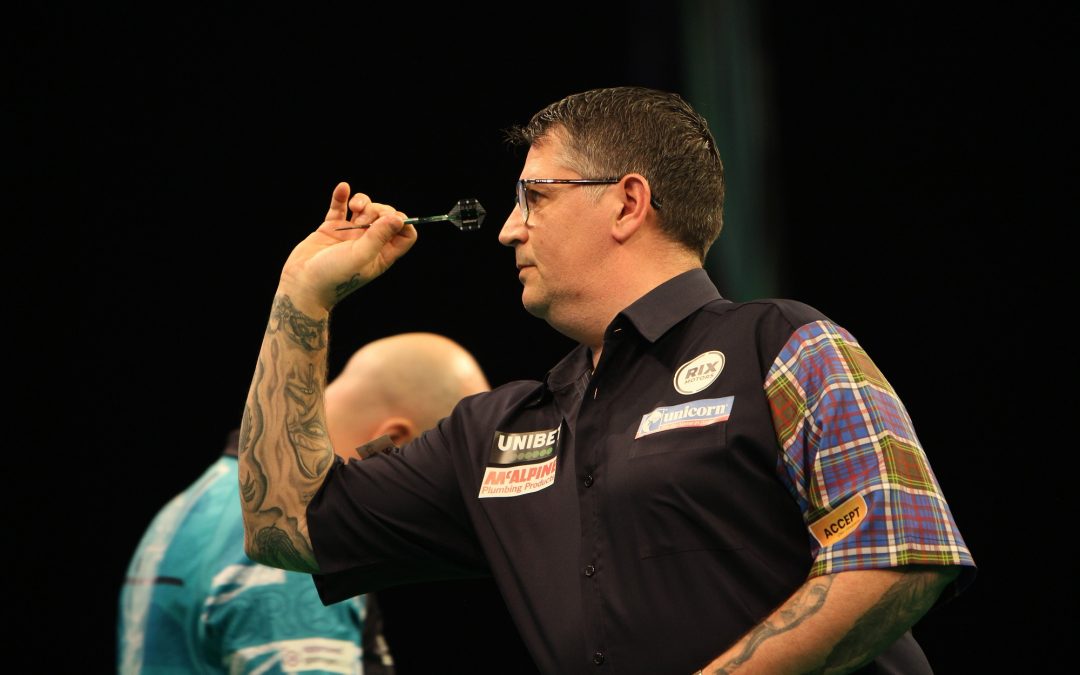 Gary Anderson got back on the winning track with a 7-5 win over Rob Cross in Dublin. After suffering his first defeat to Glen Durrant in Cardiff last week, Anderson found his feet quickly as he defeated the former World Champion.

‘The Flying Scotsman’ took the first leg on throw as he gained the early advantage, but Cross would strike back immediately.

Cross would go ahead courtesy of some sloppy doubling from Anderson, but again the Scot would strike back to level the match at two apiece.

Anderson would take his tally of missed doubles to nine as Cross struck to regain his lead, but there would be no mistake from the former World Champion as he nailed a 109 to make it 3-3 at the halfway stage.

Following another solid leg from Cross Anderson would find another ton plus finish to stay in the contest as the match entered the latter stages.

Missed darts at the outer ring from Cross were punished by the Scot as he took the lead for the first time since leg one, and the point would be secured with a 14-darter to make it 6-4.

A 128 checkout from Cross would make it interesting as the pair entered a crucial deciding leg, but it was the 2011 and 2015 Premier League champion who would prevail, meaning he is just one point off the summit of the table.

Anderson will take on two-time Premier League ‘Challenger’ Luke Humphries next week as he looks to continue his solid early season form in the Premier League.