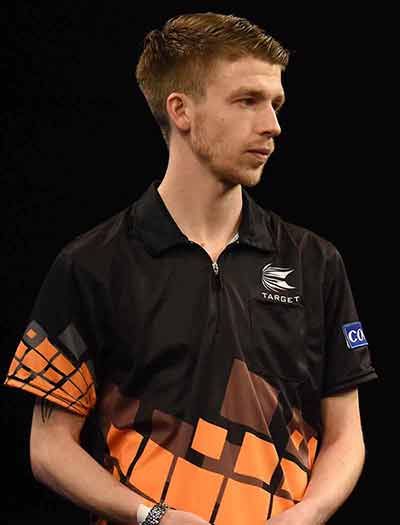 CHRIS Quantock is a trained chef…but has jumped out the frying pan onto the fiery stage of darts.

The Yorkshire terrier, known as Quanny, has won two PDC Challenge Tour events, one in 2015 and one in 2016. He also won a PDC Tour Card in 2017. But he is largely-regarded as one of the hottest prospects of the oche.

He admits: “I first got into darts because of my dad John, he played on the tour for a number of years. Then I decided one year that I wanted to give it ago at Q-school and went on to play on the Challenge Tour that year. The experience is amazing, it gives you the urge to want to play more darts, make you realise what you can do. This year has been brilliant so far, I’ve done better then I expected I ever would but I’m happy with how my games improving and I’m just going to keep plugging away and not get ahead of myself.”

“All experience is valuable regardless, and playing on the stage in front of thousands of people is great, it makes you want more and more. Hopefully I can go better next year and use this experience gained so far.”

Quantock got his break from winning the Challenge Tour twice and admits he owes his progress in the PDC down to that project. He added: “The Challenge Tour was what started me off, it’s a very good standard, it makes you realise where you are, where you stand playing the game. It give you experience playing some of the top players and gives you confidence. I would say if you think your good enough, give Q-school a go and it will show you were you stand.”

Quanny is sponsored by Target Darts and part of the Dunvegan Darts stable and admits that is all part of building a future in the sport. He continued: “It’s brilliant to be in both great teams, to be able to say your with one of the best darts companies around at the moment. It’s incredible. How often is it you can turn round and say your manager is Tommy Gilmour, Gary Anderson’s manager. They’re all brilliant, I couldn’t be more grateful.”

“My ambitions for the rest of this year, is just to knuckle down and keep plugging away, it would be nice to get into the world’s on your first year but we’ll see. Afterwards I’ll ideally like to make the Top 64 and see what happens after that, but I don’t want to rush into things, one step at a time. As for my darts, I’m not sure we’ll have to see what the future brings.”

He also made his big TV debut at the World Series Finals in Glasgow, but was edged out 6-5 by fellow Unicorn ace Terry Jenkins – and is set to appear again in November 2017.

Q5. Favourite darting memory (not inc yourself? – Van Gerwen nearly hitting back to back 9darters

Q6. Best advice you were given? -When you lose it’s history. Richie Corner told me that when I was young, good advice not to dwell on a loss

Q7. Best chat up line? –  How much does a Polar bear weigh? Enough to break the ice. I didn’t use this on my girlfriend btw

Q9. Eastenders or Corrie? – neither. My actual answer would get me a DRA fine 🙂 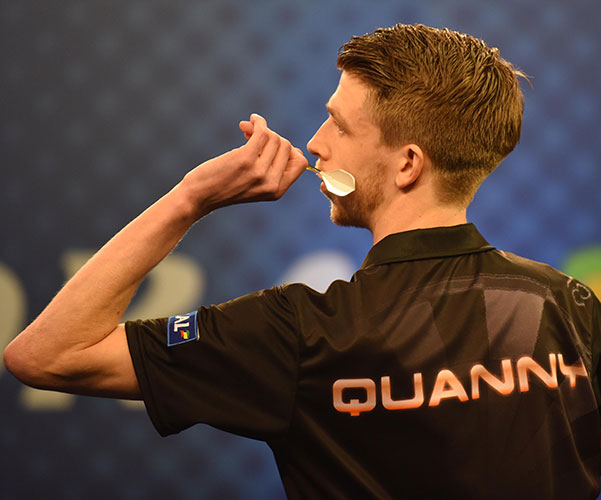