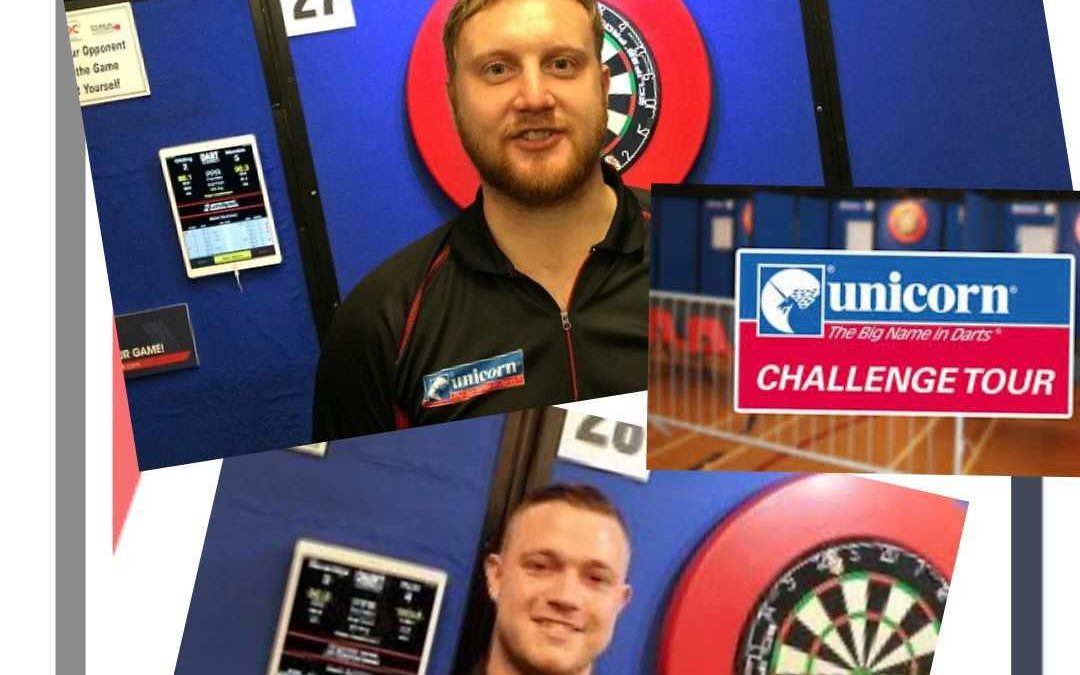 Darren Beveridge and Cameron Menzies both tasted success on the second series of the Challenge Tour events in Wigan last month.

Beveridge was victorious in the first event, as he won his first ever PDC Challenge Tour event, he defeated Callan Rydz 5-4 in the final with a 96.8 average. Darren also recorded a 102.6 average in his last 32 match against Dean Reynolds.

Cameron Menzies reached the last 16 and lost 5-4 in a last leg decider to Berry van Peer.

Craig Quinn enjoyed a run to the last 32, where he was defeated 5-0 by Dennis Nillson.

Chris Quantock suffered a first round exit where he was defeated 5-1 by Robert Collins.

In the second event of the day, it was Cameron Menzies that completed the double for the team, as he defeated Andrew Gilding 5-2 in the final with a 90.3 average. Cameron had notable victories over Ritchie Edhouse, Boris Kolstov and Andy Jenkins.

We had an all Dunvegan clash as Chris Quantock and Craig Quinn drawn each other in the first round, where Craig came out on top, wining 5-2, then Craig lost his next game 5-1 to Lee Evans. Darren Beveridge was defeated in the first round, as he lost 5-3 to Sam Hewson, despite averaging 99.1. On the third event of the weekend, Menzies again was consistent as he reached the last 32, where he was defeated 5-2 by Callan Rydz.

Menzies in his opening match was impressive as he averaged 104.4 in a 5-0 whitewash victory over Martin O’Boyle. Beveridge exited in the last 128 stage, Quinn and Quantock both suffered first round defeats. In the last event of the weekend, both Craig Quinn and Chris Quantock reached the last 64 stage, where Cameron and Darren exited the last 128 stage. Overall, it was great weekend for the team.