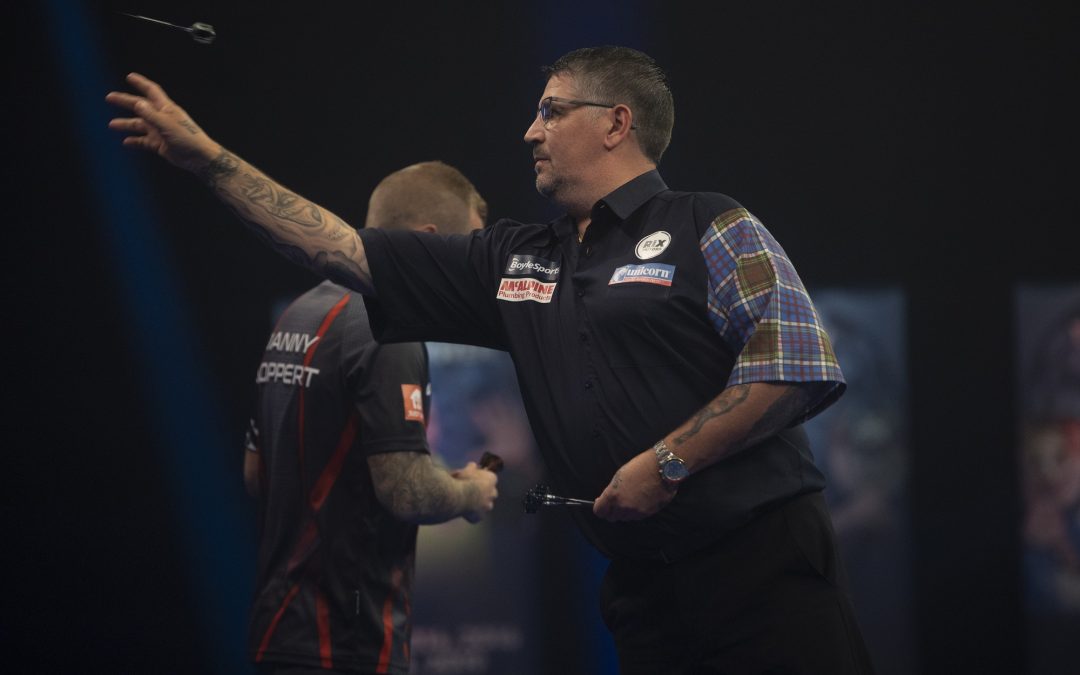 The Flying Scotsman started the match brilliantly. Thanks to some high quality scoring, he wrapped up the first set 3-0 in just 47 darts. Anderson then continued his good form at the start of the second set, winning the first two legs to take a 2-0 lead.

Noppert then started to come back into the match, winning his first leg after Anderson missed four for the set. A 16 dart hold saw him level at 2-2, setting up a deciding leg. Noppert missed two to level the match, and The Flying Scotsman punished, hitting double ten to take a two set lead.

After sharing the opening two legs of the set, Anderson hit seven perfect darts in the third leg as he looked to be the fourth man ever to hit a World Grand Prix nine darter. Sadly, he could not find treble 17 to continue the feat, but eventually managed to find double six to take a 2-1 lead in the third. After Noppert held throw, a deciding leg would once again settle a set. Once again, Anderson hit double ten after Noppert missed a dart for the set, to win the set 3-2 and the match 3-0.

It was another good performance from The Flying Scotsman, who moves into the quarter finals. The two time World Champion will face Dirk van Duijvenbode on Saturday evening