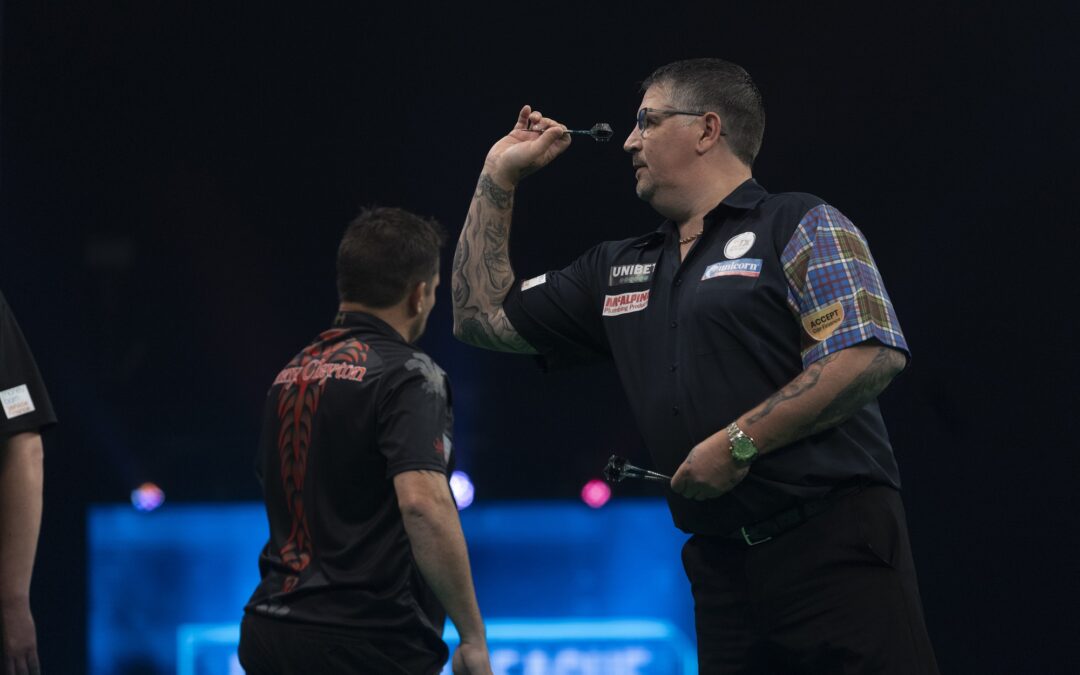 The Flying Scotsman had chances to make the game closer, but could not find key checkouts at crucial moments. It leaves Anderson four points off the top four, with three matches to play.

Clayton held on tops in the first leg, before Anderson hit a 180 to leave 25 in the second leg. He cleaned it up for a 14 darter to level. The Ferret then found double four to hold once more, but missed double eight for a 136 checkout in the fourth. Anderson then squandered a dart at tops, to level, allowing Clayton to find double eight and going 3-1 ahead.

A 60 outshot from the Welshman saw him move three legs clear, but The Flying Scotsman had a chance to cut the gap in the sixth. Unfortunately, he missed bull for a 121, and Clayton punished again, hitting double 16 for a 5-1 lead. It was a case of déjà vu in the seventh leg, as once again the two time Premier League winner missed bull for a 121 outshot. Clayton again took advantage, hitting a 61 outshot to go further ahead.

In the eighth leg, Anderson had another chance to close the gap. However, he missed a second bullseye for what would have been a brilliant 125, and again, Clayton pounced, hitting a 124 checkout on the bull to guarantee the point. The match ended with The Flying Scotsman missing tops to pinch a second leg. Clayton then found double eight to complete the victory.

It’s a disappointing setback for Anderson, but he is still in the race for the top four. He faces Michael van Gerwen in a must win game on Tuesday 25 May, and will be third on stage around 8.30pm.