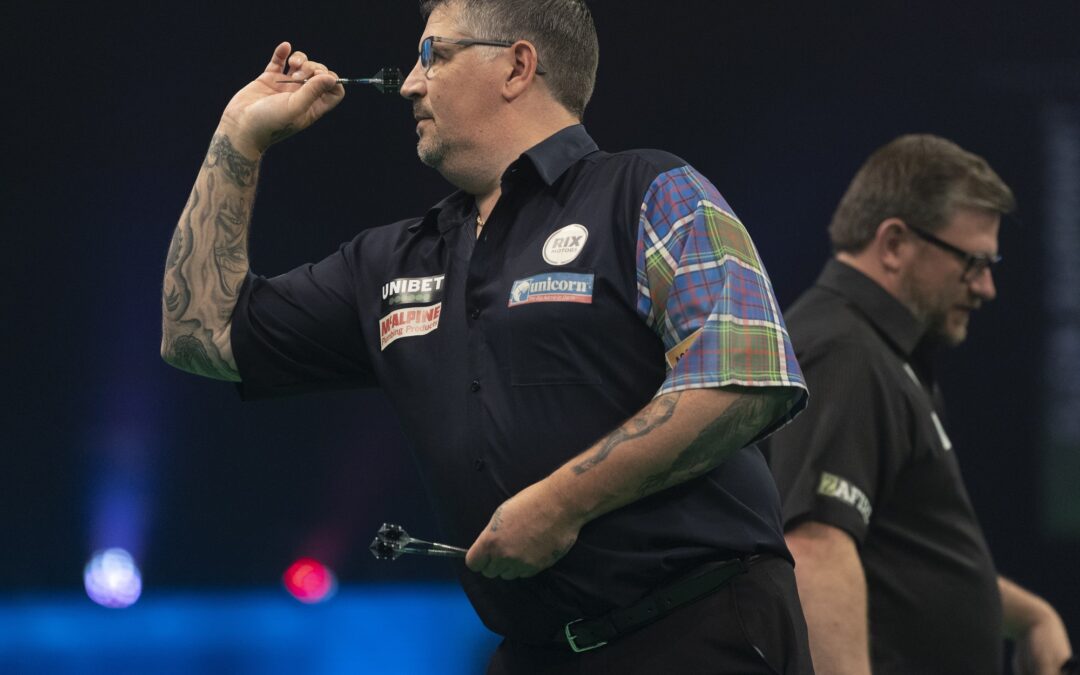 Both players had already been eliminated from Play-Off contention, but extra prize money was on the line in the game. The loss for Anderson means he finishes eighth in this year’s event.

Both had a sense of freedom on the oche to start the contest, knowing there was not much on the game. Anderson and Wade held three times each, as neither carved out an opportunity on each other’s throw. However, the seventh leg saw The Machine get the break, hitting double 10 to move 4-3 in front.

A 102 outshot from Wade increased his advantage to two, but Anderson stopped the rot in the next. A 128,180,174 leg saw him leave double eight after nine darts, and he eventually hit double two to trail by one again. A 13 darter from Wade though increased the lead back to two.

The Machine then missed a 107 for a double break, and Anderson, who could not checkout 86 the previous visit, found double five to keep him in the contest. The 12th leg saw Wade miss double 11 for a 124 outshot, and The Flying Scotsman squander a dart at double 12 for a 141. It would be The Machine who guaranteed a point, finding double four to go 7-5 ahead.

A comfortable 12 dart hold for Anderson forced the match into a 14th and deciding leg, in which he missed bull for an 86 shot and a point. Wade came back for 94, and hit it on double eight, to finish sixth in this year’s competition and bring a good game to a close.

It’s a disappointing end to a tough campaign for Anderson, but he will be looking to bounce back at the next of Super Series events ahead of the World Matchplay in July. They get underway on Monday 14 June in Milton Keynes, and The Flying Scotsman and the rest of the Dunvegan team will be in action.