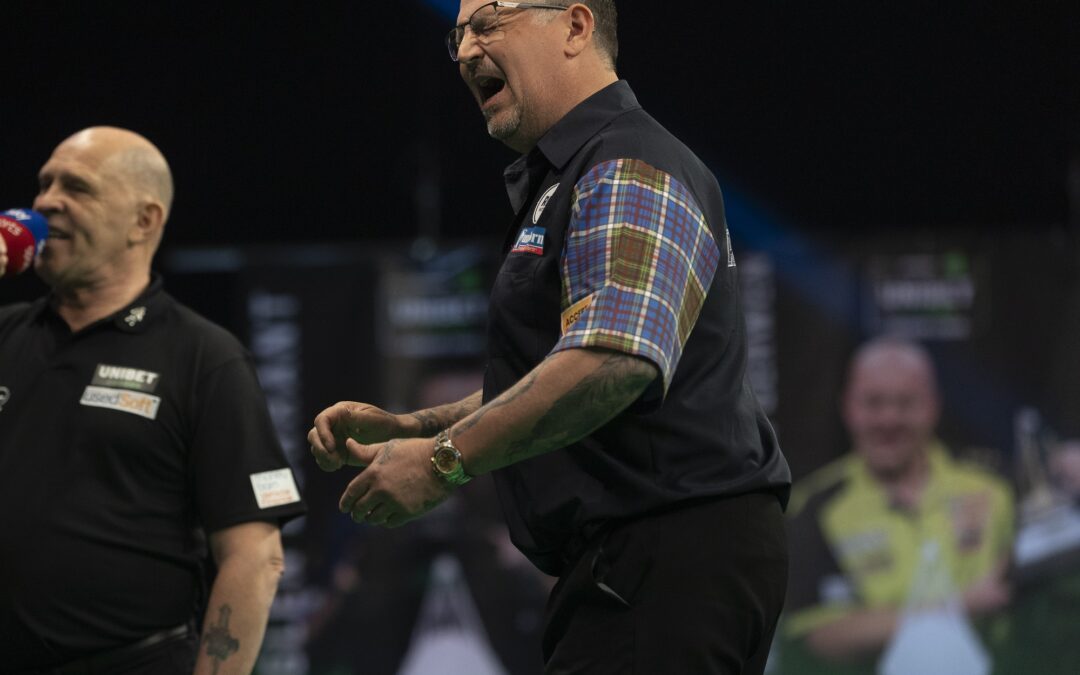 Dunvegan Darts’ Gary Anderson will not be involved on Finals Night at the 2021 Premier League Darts.

The Flying Scotsman lost 8-4 to old rival Michael van Gerwen, which eliminated him from Play-Off contention. It’s the first time since 2013 that Anderson has not qualified for the Play-Offs when he’s participated in the Premier League.
Anderson held in the opening leg, hitting double eight for a 14 dart checkout. However, a116 checkout from MvG drew him level. Both missed darts for the third, but it was Van Gerwen who found a double one to move 2-1 ahead. Anderson though would equalise immediately however, finding a brilliant 110 outshot on double 18 to make it 2-2.
A 60 checkout saw The Flying Scotsman move 3-2 in front with a 14 dart hold, but back to back 50 outshots for Van Gerwen took him 4-3 ahead, He then went two legs clear with a 76 outshot on double eight, and his second116 outshot of the evening got him a double break, going 6-3 ahead.
A fantastic 138 checkout from Anderson looked to stem the tide in the 10th leg, but he could not find tops for a 110 checkout, which would have put him one behind. Van Gerwen then hit double 12 for a 13 darter to get a double break, and after a second trip to the madhouse in the 12th, got the two points.
Despite being eliminated, there is still prize money for Anderson to play for over the next two nights. He takes on Nathan Aspinall on Wednesday 26 May, in the penultimate round of league fixtures. That game is third on stage, at around 8.45pm.